The Life and Songs of Shirley Lynn – Part 1

Part one of the interview with Inspiring Song Writer, Shirley Lynn. 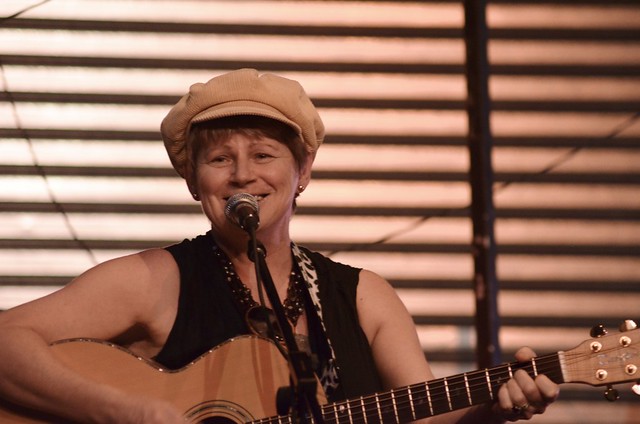 It’s a cold Brisbane morning when I phone Shirley Lynn, a singer-songwriter, based in the much warmer Cairns. I first met Lynn at Song Trails, a weekend song writing workshop, Tully, in 2012 and was impressed by her constructive and enthusiastic communication and the original compositions she shared.

Since then Lynn has been having some great musical achievements which include: releasing an EP called “It’s About Time”, winning a competition to promote the Port Douglas Carnivale with her original song, “My Kind of Paradise, in 2012, producing a video of this with a RADF grant and most recently releasing an EP of songs with her duo, Silktones, titled “Liberty.” Lynn’s journey to these achievements is an interesting and inspiring one.

With a warm coffee at my side we begin by tracing how Lynn first began her musical journey.

This entry was posted on August 8, 2014 by June in Music, Writer Interviews and tagged creativity, music, Shirley Lynn, song writing.